(I promise that I will get to the penis jokes soon…)

You may have seen me express my disapproval with the continued use of Sigmund Freud’s outdated theories.   You may even have been shocked to hear that people still quote those theories as though they were a definitive source of knowledge.  But now I have something new for you, my dear readers.  I am going to add a stage to Freud’s incomplete theories of psychosexual development.

Meet Theflashion.  If you visit his blog, you’ll find a lot of headless photos that have people’s bellybutton region in the center of the photo; some entries focus exclusively on people’s guts or bellybutton shots.  The blog doesn’t really focus much on other parts of the body, so I think we’ve discovered a new obsession: the bellybutton stage.

But you may object: That can’t be possible! If there’s another stage of development that Freud missed, shouldn’t it also be something people can use during a sex act?  If you asked that, you would be wrong again… and you would be showing your true lack of imagination.  There’s an obvious reason why Theflashion doesn’t reveal his gender on his blog: he must have a tiny penis and the bellybutton is the one hole on other people’s bodies he can use for his own pleasure.  (@ Theflashion: I apologize if I am using the wrong gender pronoun.  Maybe you’re a she who has a tiny penis.)

And I’ll close with a trivia question for everyone: which of the bellybuttons on Theflashion’s blog do you think he has had relations with?

(See, everyone?  I promised that you’d get your dose of penis humor.)

Testicular Deformations and Why Sex Ed is Important

Boys have a penis.  Girls have a vagina.

That’s right!  And today’s Mr. Ignorant is Maxim.  Maxim, who probably owns a set of male genitals, seems completely clueless about what that biology looks like.  Here’s an x-ray from his blog: 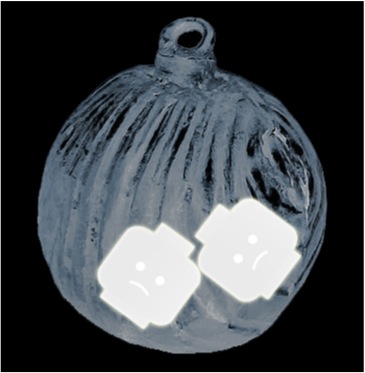 Oh where to begin?  I’ll start at the top.  Even though we use the word as popular slang, there is no bone in the penis.  And if Maxim’s fits through the hole in the top of that x-ray, I feel very very sorry for him.

That must be why his balls look so sad.  It’s a shame too because some part of Maxim’s anatomy needs to be called Mr Happy.  Maybe his belly button is bigger.

And if we look more closely at his balls, we’ll notice that there’s foreskin on both sides.  I think his mohel missed something.  Or: maybe the mohel decided to have mercy and let that little deformation pass by.  That looks like it would be painful to remove.

On the other hand, Maxim’s little deformation gives new meaning to the phrase “getting some head.”

And for someone who is obviously so clueless about standard male anatomy and sex in general, I find it astonishing that he has a picture on his blog of how he was conceived.  Maybe this explains the deformations: 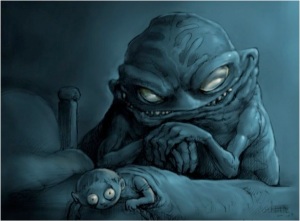 And then there’s a photo of his birth: 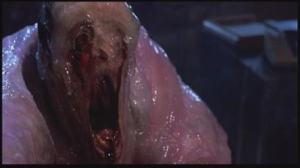 Unfortunately, Maxim seems to think that these pictures are:

He must have led a sheltered childhood if he can look at those images and not realize what they are.

And he says he’s a teacher.  Just think of the things he could be unwittingly traumatizing those kids with.  Before you can be an educator, you ought to be educated; Maxim is a shining example of that.

Ever since I wrote my first post (in which I suggested “The Arachnid Penis” as a good blog title) I have been trying to come up with a way to inseminate that image into a future post.  It’s a relatively small (pun intended) and insignificant topic unless you happen to be a spider, so ideas weren’t pouring out of me.   So maybe if I take a closer look at spiders, I will come up with something to do with the penis.  (Get your mind out of the gutter.)

When we think of spiders, we usually think of their fangs and their legs.  So when you add penises in, these animals are the epitome pf phallic creatures- especially since their fangs like to jam their way into other creatures.  And so I must apologize for not having a picture to go with this post.  I understand that sexually suggestive photography is everyone’s favorite part of biology but I am not here to pander.   I am here to teach you about a serious topic that deserves your respect and undivided attention.

And at this point I am starting to sound like the average professor.  How many professors like to argue that their research interests are significant, often with the assertion that all knowledge is important, but without being able to tell you exactly why your tuition dollars should help pay for their work.  In fairness, there’s a lot of arcane research out there (especially in the STEM fields) that looks ridiculous or unimportant that may eventually prove valuable; therefore, we need to be careful about what research we attack as useless.  However, the seventeenth book on hermaphrodites in Shakespeare’s tragedies seems like a waste of money.

As Shakespeare wrote, “I have drunk, and seen the spider.”   So, too, do many professors drink and discover research pursuits that are equally small.  I’ll grant that spiders are an important part of our ecosystem… but the way many professors think, “I saw the spider” means “I saw the spider naked.”  And that means we’re talking about the insignificant arachnid penis again.

I propose that arachnid penises have no place at the university, with the possible exception of Women’s Studies departments.  If you spend enough time around Women’s Studies professors, your anatomy will soon shrink to the size of an arachnid penis.  And that helps the feminists feel good about themselves.